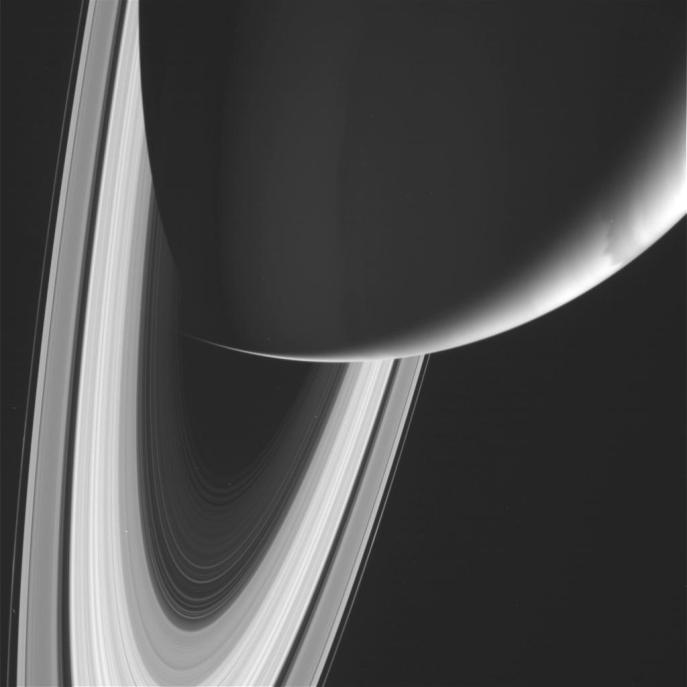 Having oft writ and more frequently reflected on the exquisite glory of the universe, one of the chief conduits to images of its wonders dives into oblivion on Friday, Fifteenth September.

The Cassini Space probe, ESA, ISA & NASA’s lovechild, has touched, tasted, seen and inhaled Saturn and its moons Titan and Enceladus since 2004. Extended twice, this twenty year lonely voyage, whose costs must surely be seen as having been maximally recouped, has doubtless given the European, Italian and North American space agencies dividends beyond wildest expectation.

What has it given the rest of us?

What it means to dream, to wonder, to ignite imaginings: these are not ephemeral intangibles but sparks that blaze thinking into strides of endeavour and achievement.

I’m guessing Captain Bligh would have no more an understanding of GPS as he sat, soggily, in his skiff in the middle of the Pacific than we do of … teleportation? functional telepathy? warp-factor motion? universal kindfulness? everyday listening skills?

Playing with unimaginable concepts – as a child with a cardboard tube – gives them a concrete reality, somehow. As we heartily congratulate the astrophysicists on their profound achievement, let unbounded joy fertilize wonder such as to spark gorgeous revelation amid our own realm. 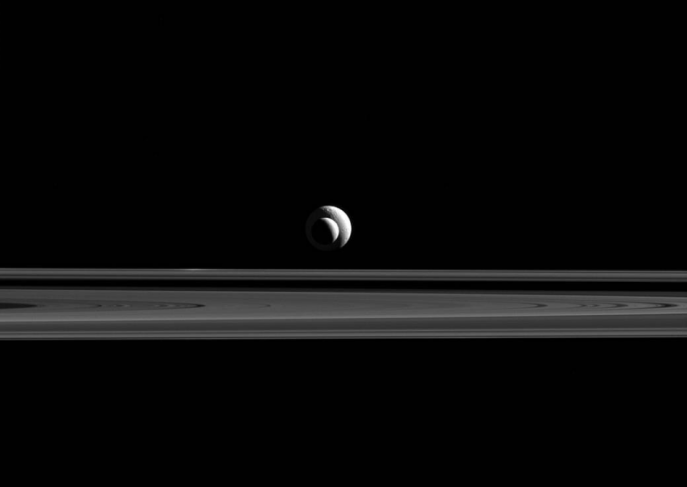 Titan, which has provided gravitational pull for Cassini, and Enceladus snuggling up