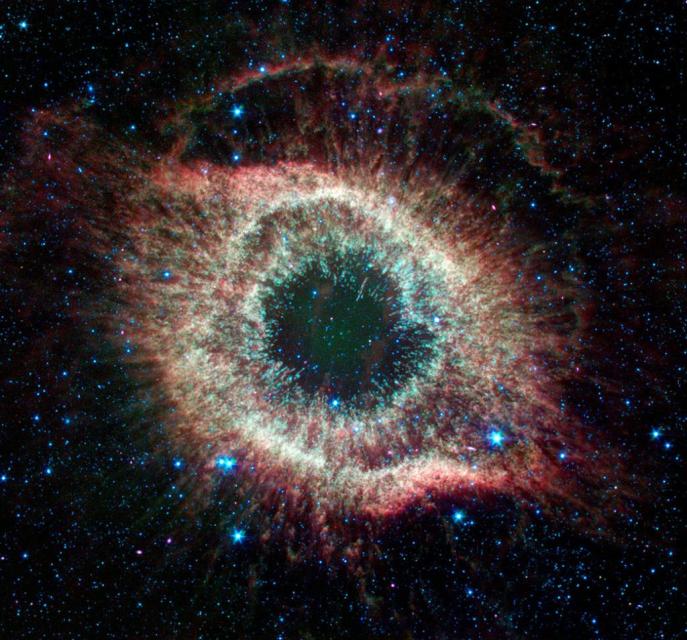 Who knows if the scintillatingly piratical Alan Parsons had knowledge of deep space in mind when he penned Eye in the Sky and gave it the Fortnums-toned green album sleeve? The song became an anthem before raves were even a thing.

The image above, projecting itself onto a celestial telescope, is captured a mere 700 light years from us (you’ll recall 1 light year represents a distance of 5.6 trillion miles: we don’t know how many noughts that is).

Looking at the Earth, the only life-sustaining (as-we-comprehend-it), beautiful blue ball hanging in the whole space of the Universe*, it doesn’t seem much of a stretch that this faded star sees more clearly the galactic sized mess we’ve made of matters. Apart from Antarctica, I don’t suppose there’s any continent free of turmoil but living through Britain’s atrophy is a salutory lesson in the effervescence of hubris.         * true at the time of writing

In Eye in the Sky’s final stanza comes  “…. I can read your mind, I am the maker of rules, Dealing with fools, I can cheat you blind …”

So: prophetic as well as groovy skiing down black runs.

This post began merely to share wonder of the Heavens: the political point which appears inexorably to have risen is purely co-incidental.