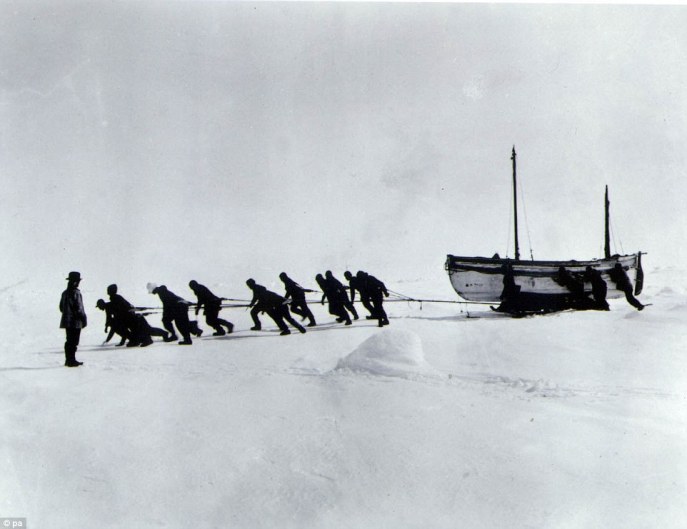 HEAVE – the James Caird putting up resistance as Shackleton’s crew pulls. Picture taken by the ship’s photographer, Frank Hurley: images so cold and clear you can hear the ice crunch

In November we posted on Sir Ernest Shackleton and crew of the Endurance.

Today marks another, nautical milestone amid their adventures. In the James Caird, little more than a skiff, six of them left Elephant Island: no more than in three shakes of a lamb’s tail they made it across 800km of cold water to South Georgia.

There is much to say about the fact they sailed with minimal instrumentation. The Southern Ocean sounds large. It is large. Akin to finding a tadpole in Lake Huron, I wonder if what drove them on to landing ho was the utter impossibility of letting the side down?

Hold ya nerve. This rattles through my mind every time there seems some mighty ambition to be realized against all odds and occasional common sense. But you know what? It’s a corker of a maxim; strength of purpose builds strength of character; which, perhaps, helps keep our pecs up?