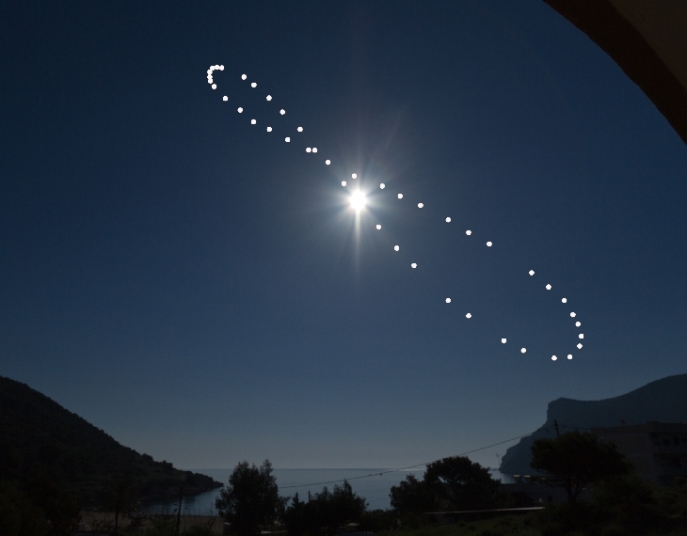 This is written while supine and in the shade. Sometimes the crushing, unimaginable scale and voluptuous beauty of creation becomes overwhelming, possible to approach only as a fragment of oneself so as to lessen the searing scorchment of understanding.

Hence, we start with Yiannis Efremidis calming tracerie above, in preparation for what yodels beyond our solar system. The languid grace of Infinity’s symbolic never-endingness is but a glimpse of how all that is, ever was.

Would that we might observe our gorgeous planet in the context of the space – the yonder – it occupies and spend more time glorifying its wonders than in wrestling down myriad, earth-bound trivialities.

Amid such ventilating wonder, thankfulness for our surroundings and those who help us understand it better is surely a universe of blessing?