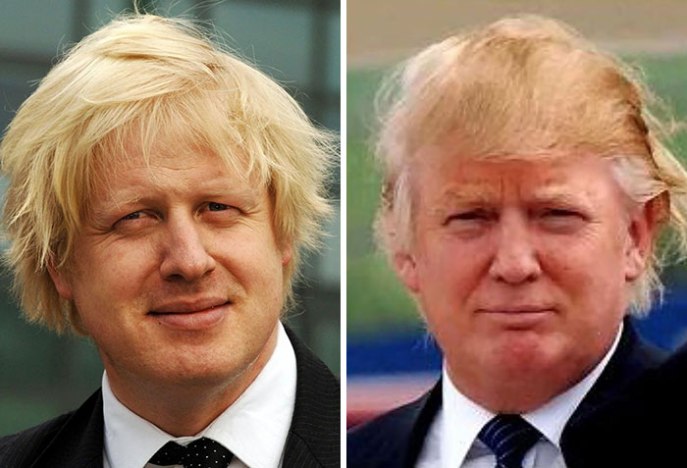 The Materials doesn’t enter the political sphere in virtue it is, by its essence, divisive. We attempt to focus an emotionally resilient perspective as mere observation.

Have you noticed the very striking physical, intellectual and behavioural similarities between the blonds either side of th’Atlantic?

The Prime Minister and the #Resident seem strongly attracted to transforming the business of politics into their fiefdom’s playground. Indeed, one wonders where their [advisers’] apparent messianic fervour to bonsai politics will lead given such latent Cummings/Kushner immersion.

It could be argued that the American (1789) and British (Act of Union, 1800) political systems have equal maturity – though there was something of a longer run-up on the eastern side of the pond.

Somehow, it feels as though written and unwritten constitutions – whose stabilizing walls have supported and guided events when turbulence threatened chaos – have lost their relevance to holders of great office. The spine that upholds and impartially protects the spirit in which countries are governed appears to have received such a kicking, it is in peril of cracking.

Thank goodness there are those, like Dr Julian Lewis, MP to whom integrity matters and whose backbone can’t be swayed by threats trickled from catapults. He’s sure to be humming ‘Whip crack away to your hearts content: I’ll be getting on with the job’.

One thought on “Gold, Frankincense and Merchandize”