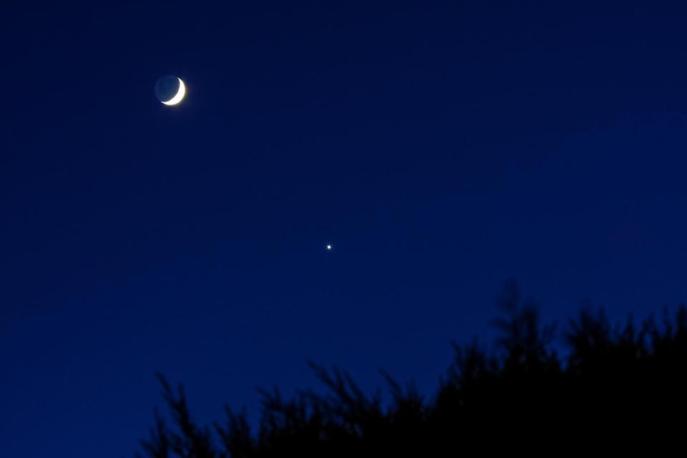 As something of a fiend when it comes to gazing up into the Heavens, did you see Venus poking fun at the Moon last evening, too? I hope your location, like London or Leeds as in this picture, was blessed by a cloudless sky; the chillsome air made the wondering of it yet more piquant and worth all the shivering for that sliver.

Hesperus, Phosphorus, Venus: however you term this charming little beauty spot which twice in the last twelve years has dashed across the face of the sun, it appeared yesterday as an escaped crumb from the Moon’s crescent plate. [Mebbie it was imagined but did you suspect the Moon had been at the Christmas puddin’ in that its backside appeared somewhat plump?]

The splendour of the sky affords the marvelling. It seemed thrilling the Year has begun with a shining clarity: would to goodness it continues.