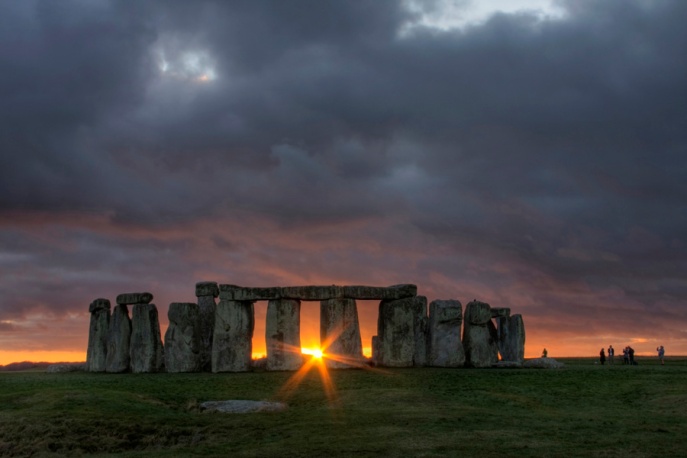 Image Winter on the A303

2010 Winter Solstice: a perfect storm of phenomena.       Full moon, a lunar eclipse and an earthquake.

To wish you lovely readers of these pages a blissful Christmas, I thought I’d share journal entries of that day, written in Whitehaven, West Cumbria.

07.50: Having appeared as a pearl, a real pearl for a long time, it now seems misted by a faint slither in deep smokey pink, a waxing slither.
It is in virtue that I know the Moon to be there that I can see it. Its end shows it has a beginning.
Interesting that it is the waxing side which has, throughout, remained discernible for the last three quarters of an hour. The waning side still wholly indistinct.
Thin cloud and a lightening sky render it all evermore opaque.
Not as spectacular as the Venus transit of the sun. Nothing could be. But jolly, nonetheless, to witness it.
08.06: That pearl was a wonder. It seemed just beyond the end of my arm and having a quality of full, creaminess of a grey pink. How I should have liked to wear it. 1638 is the last time there was a lunar eclipse on the winter solstice.
00.45: At around 23.00, there was an earthquake. It was so loud and fierce, until I checked I thought a 4-tonner truck had driven into the side of the house. Midnight News tells that it was in Dalton-on-Furness, at least 50 miles away.💥

Just in case you, like I, wondered whether such things could be connected, in the Q&A following a lecture given by the eminent astrophysicist Jocelyn Bell Burnell in 2013 (or mebbie 2012) I asked if such events had a causal connection. Dame Jocelyn dismissed the notion with a lethal efficiency.

Still, it seemed a marvellous and mysterious hibernating day, that Winter Solstice.

💥 Some attributed the event to fracking in Lancashire